Ronald McDonald House Charities Mid-Penn Region received a generous holiday donation of $345 from a group of employees at NPC, Inc. as a result of the company’s annual Christmas Tree Decorating Contest.

In December 2016, a total of 17 departments at NPC, based in Claysburg, PA, participated in this year’s contest which generated over 500 food items and nearly $4,000 that was distributed to area food banks and other local chapters of non-profit organizations.

Each participating department decorated a Christmas tree to display in their area of the company. After a few weeks of collecting canned goods or non-perishable food items and monetary contributions, the donations were collected and counted, then distributed to area food banks and non-profit organizations. Employees from NPC’s business development and call center departments chose to have their donations support the RMHC Mid-Penn Region.

‘Tis the season… for giving at NPC: www.npcweb.com/holiday

NPC has been an integral part of the Blair County business community since 1954, and supports numerous charitable organizations throughout the region. The company, which is privately held, operates production facilities in Claysburg, Roaring Spring and Altoona, Pennsylvania. NPC is delivering on the promise of providing employment opportunities for self-reliant individuals to improve both their quality of life and standard of living. 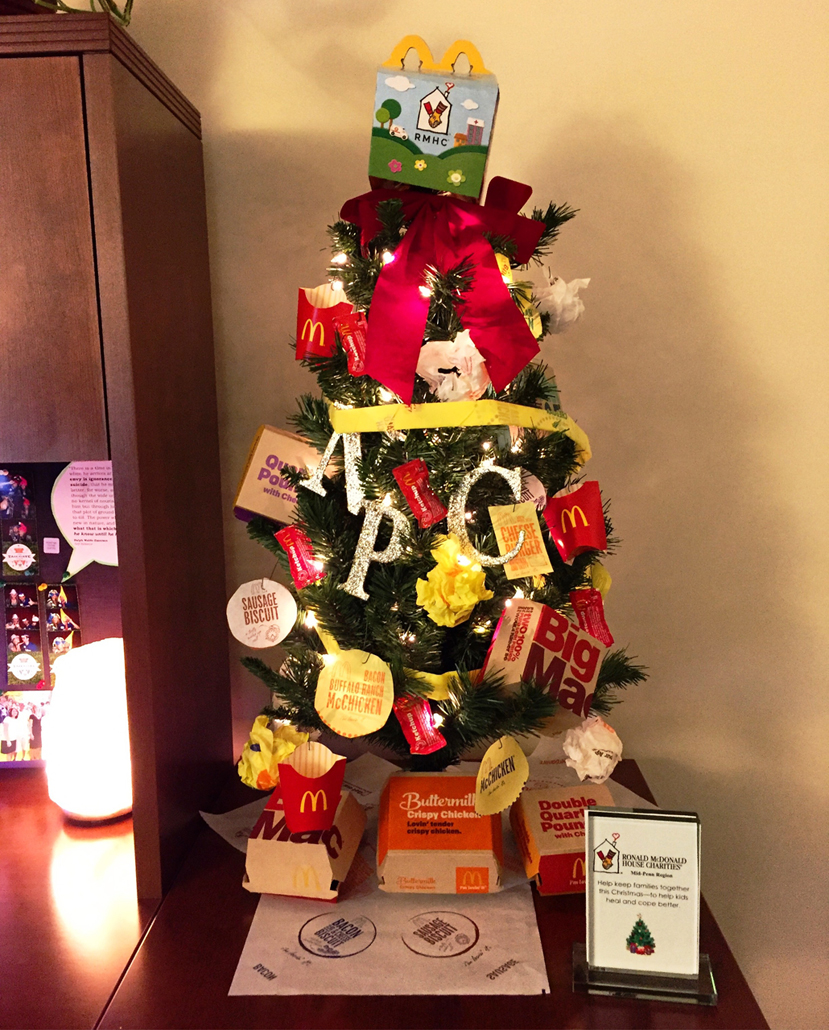